Today I want to explore the difference between what we do, and what type of people we are. When we are young, we are encouraged to “plan for our future” and asked, per the featured quote above by John Lennon, “What we want to be when we grow up.” We aren’t encouraged to figure out who we want to be, in terms of the type of qualities we want to possess. In a world that values work, and overwork, we are pushed to define who we are by our careers. But I think this is ultimately a damaging way to cultivate maturity, adulthood, and happiness.

The idea we possess when we are young that we will only have one “career” (singular) is flawed; today, the average person changes jobs 10 to 15 times during their lifetime. We don’t just get a career (singular), we get a variety of careers (plural). In addition, even if we are unusually lucky and find a steady, secure job that we will stick with for the rest of our lives (one career) we often don’t get the “career” (singular) we want. Though the vast majority of people have career goals when they are younger, 73% of workers do not end up in the job they expected to.

Having goals is incredibly important in life, as is finding happiness and satisfaction in our work lives. But I think ultimately to find joy in our careers, we need to be able to understand ourselves and who we want to be, in terms of what type of people we want to be, rather than what society says we should be. I love the Venn diagram below since it captures this idea that what we are paid to do isn’t the only part of the picture; we also need to discover what we do well and what we want to do, and find the middle ground for all of these things. 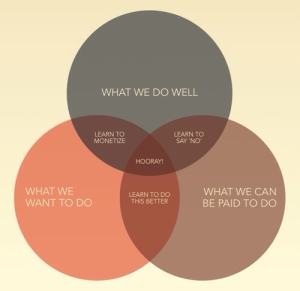 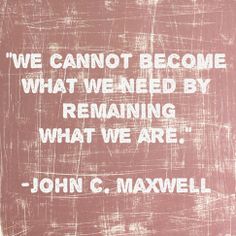 I want to be a woman who loves deeply, and laughs often. Someone who finds grace through strength; someone who has the courage to be vulnerable. I want to be mindful and possess the deliberate devotion that leads to wonder. I want to be a creator, an innovator, someone who adapts, bending rather than breaking, who is resilient in the face of change. I want to cultivate gratitude, simplicity, empathy, and wonder. I want to live a balanced life and develop symbiotic relationships that are mutually beneficial to growth. I want to be perceptive and inquisitive in order to develop a deep understanding of the world. I want to be honest and fair, a perpetual student, and a motivational teacher. 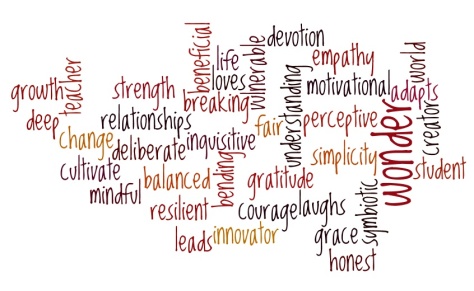