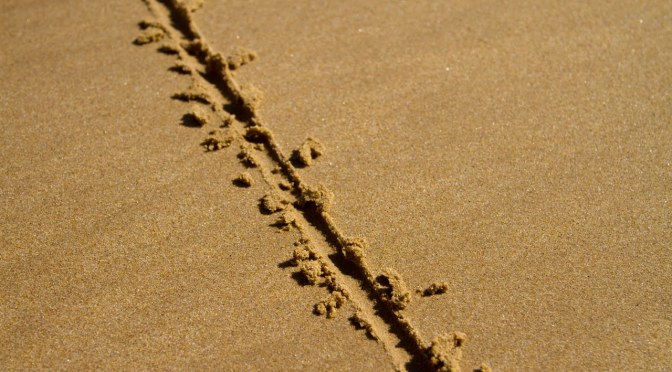 I saw the above quote on my facebook feed this afternoon, and had a nagging worry about it that wouldn’t let go until I wrote this post. Here’s the quote in its entirety: “Yoga isn’t about our lifestyles, our beliefs, our weight, our diet, our flexibility, how spiritual or enlightened we are. Yoga is about showing up and doing our dance on our mats.” ~Janne Robinson, Elephant Journal

There are a couple of things that disturb me about this quote. First, historically yoga was about all of these things. Yoga has its roots in Hinduism, a spiritual practice that centered on self-realization, a form of enlightenment and oneness with a higher spiritual power. I realize, and am not arguing, that many people who practice yoga today no longer due so for religious practice. But ultimately, we have to ask the question, does yoga still serve this same spiritual purpose in our lives?

Narratives of salvation abound in yoga and among yogis. While today yoga may be disconnected from some higher power, the idea of yoga as a source of salvation and spirituality in a spiritually bereft modern urban world lingers on in the ways in which we utilize and interpret yoga in our daily lives. So in many ways, yoga is still deeply tied to spiritual enlightenment. I do think it’s important to remain in a place of non-discrimination in yoga regarding whether or not someone is more or less spiritually enlightened than we are. But to say that yoga isn’t about spirituality and enlightenment disregards and denies the ways in which it actually is, for many people, exactly about this.

Secondly, traditionally yoga has been about particularly lifestyles and beliefs. In addition, a large part of traditional yogic teachings were about diet (and to a limited degree, weight and flexibility). To say that these things aren’t what yoga is about is to deny the historical tradition of yoga. These associations continue today, as yoga has become a signifier for a cultural ethos that includes particular lifestyles (green, sustainable, organic, whole foods, alternative health practices), beliefs (ahimsa, anyone?), and ultimately about diets (local/organic, vegetarian, raw, juice fasts, and so on). All types and forms of culture are used for identity formation, to provide for shared experiences, social solidarity, and the formation of distinct groups. So yoga, and really any cultural object, will be part of a web of cultural connections, interactions, networks, and associations that all help make it part of what it is. To deny these things about yoga is to deny what yoga is, both historically and presently.

Ultimately, saying yoga isn’t “about” certain behaviors or practices denies the various and diverse experiences of yogis. Yoga is polyvocal and multivalent, and it is important for us to recognize that yoga is many things, to many different people, and that these are all our particular yogic truths and journeys, and we shouldn’t discount or deny any of them are part of the larger practice of yoga (unless they are harmful to ourselves or others). So my final question is this: In our efforts for diversity and inclusivity in yoga, have we removed the essence of what yoga is and why it is so appealing to us? Many arguments for why we should do yoga hinge on the idea that in our modern world we need and seek the spirituality and ritual that is part of the practice. In our efforts for tolerance, have we erased yoga entirely? And if so, what is left? Just us, “dancing on our mats?”

2 thoughts on “When Resistance Against Dominant Yoga Culture Fails”