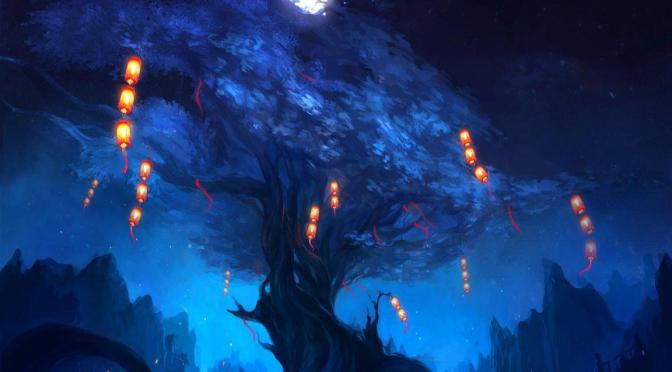 One of my previous posts, Yoga, Magical Thinking, and Satya explored what it means to be truthful. Today I want to talk about the nature of magic, because I think digging deeply into what we mean by “magic” reveals a great deal about the nature of yoga.

Yoga has been associated with the magical for a long time. During British colonization of India, Singleton (2010:35) notes that “yogins were more likely to be identified by their critics (both Indian and European) with black magic, perverse sexuality, and alimentary impurity” than with yoga as we think of it now. Tantric yogis were similarly associated with occult powers. Samuel (2011:311) notes that: “If we want to understand what early Śaiva Tantrics were doing, for example, it is surely relevant that they were probably doing it, much of the time, in the context of being employed as official sorcerers, healers and magical practitioners by local rulers and ‘big men’… we have to see similar contexts for much Buddhist and Jaina Tantric practice as well.”

The association of yoga, tantra, and magic only grew stronger in interactions with the West, where such affiliations were stereotyped and reproduced in various forms of popular culture, including literature and movies. Ultimately, “the fakir-yogi was the object of an intense fascination for European occultists, who naturally emphasized the wondrous magical powers that such figures could acquire through yoga” such that “the supposed siddhis or magical powers of some such yogis resulted in the association of hatha yoga with occult magic” (Singleton 2010:64-66).

But can we dig deeper into this connection between yoga and occult powers? Why is yoga associated with magic?

What is magic all about?

The heart of magic is the art of knowing the true essence of something. This is the root of folklore about the power of knowing something’s “true name,” the idea of a sacred language that captures the true essence of the referent. The most common example of this is the tale of Rumplestiltskin, a story pattern common across many cultures. In the tale, the woman can defeat Rumplestiltskin only by learning his true name. Miyazaki’s film Spirited Away also utilizes this same story pattern, as the young girl can only win her freedom when she is able to remember her true name (for those Miyazaki fans out there).

My favorite author, Patricia A. McKillip, utilizes these ideas of magic throughout her corpus of award-winning fantasy books (of which I’d highly recommend The Riddle-Master of Hed trilogy, The Book of Atrix Wolfe, The Forgotten Beasts of Eld, and The Song for the Basilisk). She describes magic as the power of naming, and the gaining of magical power as developing a deep understanding of something such that by knowing it’s true essence one can become it, or manipulate it.

“There are no simple words. I don’t know why I thought I could hide anything behind language.”
― Patricia A. McKillip, The Book of Atrix Wolfe

Words, for McKillip, hold tremendous power, not because of the word itself, but rather because words can become powerful when one comes to understand what the word truly means. Magic entails a recognition that enables a replication or manipulation, and is thus a way of doing something, not something itself. It is how we do things that produces magic. Anyone can say “fire,” but those with magic (at least in McKillip’s books) will say “fire” and, understanding the true essence of fire, the word itself will burn. So magic is the power to name, to come to know the true nature or essence of the world, and by doing so gain the knowledge to predict what may yet come, reproduce what already is, or manipulate the world around us.

Magic is thus not something distinct from us that we draw on, but rather a viewpoint, something internal to us that shifts and morphs and changes in a way that changes the way we see, and by doing so grants us power, or magic. By changing the way we look at things, the things we look at change. It is a way of looking at things so as to understand them deeply, and ultimately a way of doing (of acting) with knowledge and reverence, so that every action we engage in is done with mindful devotion. We can think of magic, then, as a form of wisdom, a way of seeing what has always been before you in a new and never-before-thought-of way and then acting based on this knowledge (with control and mindfulness).

“A riddle is a tale so familiar you no longer see it; it’s simply there, like the air you breathe… until one day you look at it and something shapeless, voiceless in you opens a third eye and sees it as you have never seen it before. Then you are left with the knowledge of the nameless question in you, and the tale that is no longer meaningless but the one thing in the world that has meaning any more.”
― Patricia A. McKillip

Magic requires mindfulness, in that, like Sherlock Holmes, with mindfulness we are able to detect how things work in ways that seem magical, genius, or supernormal. This is the way we are able to, like the turning on of a light, see and know the true essence of things (including situations). It is also the way we are able to exert force upon things or situations by understanding and identifying pressure points so that we can change or manipulate the situation or thing to actualize a specific orientation or goal, in the process moving the course of the world around us in a concerted direction reflecting our will.

This wisdom is thus magic, and grants power (understanding the true essence of something gives you power over it). With it you can affect change along a predetermined path; with it you can manipulate a path; with it you can forge your own path. As with all power, without ethical guidelines it can be abused. But it can also represent the power to understand problems and to find solutions. With it you can affect changes that might seem impossible to someone who does not understand as deeply. Magic makes the impossible, possible. This can frighten people at times. But it can also inspire or be used toward positive ends.

So what does magic have to do with yoga?

Knowing the true essence of something is the art and magic of yoga. This is the nature of the eight limbs of yoga; as we practice them in concert, as we practice yoga as more than asana and journey on the eightfold path we are able to attain a higher state of consciousness. This is particularly true regarding our engagement with the final four limbs of yoga: pratyahara, the service of the senses to the mind; dharana, holding focused concentration in one direction; dhyana, the movement of the mind in continuous communication with the object of our attention; and ultimately samadhi, becoming one with the object of our attention, or the merging with the object of meditation. Desikachar teaches that “when dharana, dhyana, and samadhi are concentrated on one object, the resulting state is samyama… when a person is constantly focusing on one particular object [such that] he or she will come to understand it progressively more deeply” (Heart of Yoga: 110). By doing so we are able to empathize and understand the true essence of whatever we turn our concentration to. And this is yoga. Yoga is the art of meaning making. It yokes our senses and enhances them and our ability to interpret the world; it provides us with knowledge that can seem magical, supernormal, and that is powerful.

Many yogis refer to such powers as siddhis, supernormal perceptual states that are beyond what is typically within the purview of the normal range of perception. Now, regardless of whether you believe it’s possible to defy gravity, as with all myths there is truth embedded in the tales. While some recorded siddhis are likely exaggerated, such as being able to reduce one’s body to the size of an atom (because really, that’s an anachronistic interpretation anyway),  others are obviously quite real and many instances of supernormal feats have been recorded and are undeniable. For example, other siddhis include: knowing the past, present and future; tolerance of heat, cold and other dualities; being undisturbed by hunger, thirst, and other bodily appetites; dying when one desires; checking the influence of poison; perfect accomplishment of one’s determination; or orders or commands being unimpeded.

Ultimately, then, the practice of yoga is a practice of magic, of acting with mindful devotion, with knowledge and reverence. And when we understand something someone else does not understand, the conclusions we can draw and the action we can take can seem magical. What is magic, but an understanding deeper than what is normal, so that it seems extraordinary? What seems like magic is ultimately a trick, as with all magic shows, but in the case of yoga is a trick of awareness and understanding the true essence of the world around us so that we are able to act in ways that appear, to all intents and purposes, like magic.

Yoga is also the recognition that the world is inherently unpredictable, that there is always an element of chance, and thus we are always playing the odds, playing with risk. This knowledge allows us to be detached to the outcome, because we know that all paths are disrupted at some point. This detachment allows the yogi to act without fear, as part of what Castaneda calls controlled folly in his book, A Separate Reality. Thus, recognizing that: “nothing being more important than anything else, a man of knowledge chooses any act, and acts it out as if it matters to him. His controlled folly makes him say that what he does matters and makes him act as if it did, and yet he knows that it doesn’t; so when he fulfills his acts, he retreats in peace, and whether his acts were good or bad, or worked or didn’t, is in no way part of his concern.”

“When you put your hands and mind and heart into the knowing of a thing … there is no room in you for fear.”
― Patricia A. McKillip

Those who practice the magic of yoga are able to minimize the risks,  minimize the chance of disruption, and when it does occur (because it will, inevitably, at some point) it becomes possible to focus to make these disruptions as small as possible, to ride the wave of the storm, to submit to and thereby influence the outcome. As in martial arts, the yogi is able to turn the power of an opponent in on itself; the yogi harnesses the powers of the world to accomplish seemingly impossible feats.