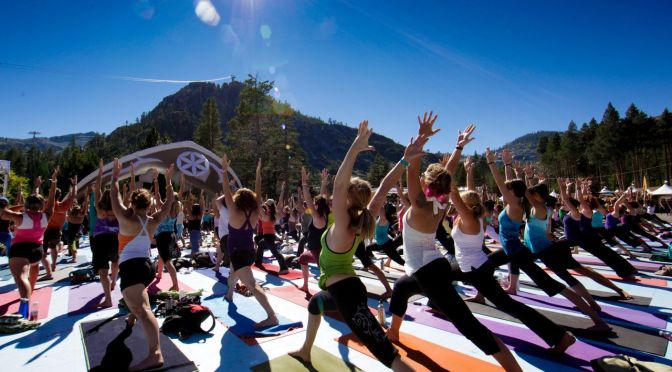 This post is the third in a series about myths surrounding the origins of yoga. You can read Part I here on yoga in Ancient Egypt, Part II here on the 5,000-year-old yoga myth, and Part III here on exactly how old postural yoga is.

This final post in my series of articles on the origins of yoga has been a long time coming. To be honest, this was a daunting post for me to write because it addresses why origin myths have been so widely adopted and spread within yoga today despite the fact that they are fictions. And this is a difficult question to answer. If you haven’t checked out the earlier posts in this series, I ended part III asking: Why do so many yogis believe in origin narratives of yoga that trace postural yoga to some ancient tradition? What purpose do these myths serve? What are the implications of the true history of yoga for our practice? Does it mean modern yoga is “inauthentic?” So let’s try to tackle the real, although messy, answers to these questions.

Why do so many yogis believe in origin narratives of yoga that trace postural yoga to some ancient tradition? What purpose do these myths serve?

There are a number of reasons why yogis believe in and perpetuate origin myths about yoga. First, origin narratives provide for shared experiences of group members that promote unity and social solidarity within a group. These narratives may or may not be true, as we saw in the case of yoga, but regardless they are usually simplified into a more easily digested version of a common, public history and become part of our collective memory, or the “memories” shared by all members of a group. So origin narratives allow for people to bond and feel a sense of social identification with the group as a whole and with other community members, where the group is incorporated into our sense of self and the self is experienced as an integral part of the the group. (As such, origin narratives actually provide us with a means of identity formation as well as group membership.) Benedict Anderson called this process the creation of imagined community, or a community that is socially constructed and imagined by the people who perceive themselves as part of that group. While members of the community will never know each of the other members personally, they are bonded together through similar interests and identification as part of the same group, united by collective memories of a shared history.

In the case of yoga, these origin narratives have become institutionalized as required instruction in teacher training programs throughout the United States and subsequently spread throughout the yoga world. Origin narratives within the yoga community allow us to bond together as part of a group of like-minded individuals who all have the same collective memory of yoga, and can therefore feel solidarity over our mutual identification as yogis, and a recognition that we all have something in common. (“Hi, I’m a yogi! You’re a yogi too? Awesome, let’s go do some headstands and talk about the eight limbs of yoga.”) For particular groups within yoga, like yogis of color who are often marginalized in the whitewashed Western yoga world, origin myths like the one I wrote about in Part I of this series, which claims yoga dates back to ancient Egypt, are a way to create a subgroup that seeks to reclaim yoga as a black practice. But the result is the same in both instances, as the Egypt origin narrative provides this subgroup of yogis with a means to bond and unite through shared (black) history.

So much for the first reason so many people believe in these myths. I think the second reason is related to a crisis of faith and spiritual commitment that has beset modern societies. There have been a huge number of studies documenting the decline of organized religion and the rise of those who are “spiritual but not religious.” In 2012 the PEW research center even published a much discussed poll that showed the increase of religiously unaffiliated people in America. This isn’t to say that no one is sticking with traditional religions–the majority of citizens in the United States do still religiously identify. But the number who don’t is rising, and younger generations are much more likely to be religiously unaffiliated. Add the fact that those who are religiously unaffiliated are also two times more likely to be liberal, and overwhelmingly believe that religious organizations are too concerned with money and power, too focused on rules, and too involved in politics and we start to get an idea of the type of person that opts out of traditional religions.

In a modern world where organized religions continue to contradict science or support political policies that oppose liberal values of human rights, many Americans are beginning to opt out of the religious system entirely. But as social beings, we often still desire the meaning, community, and purpose that religion provides. Yoga has become a vehicle for many highly educated, religiously unaffiliated yet spiritually inclined individuals to fulfill these desires. And indeed, many yogis argue that yoga provides a sense of spiritually, meaning, and ritual within our spiritually bereft modern world that can be fast-paced, stressful, and anxiety-producing for many individuals. Many yoga practitioners describe “finding yoga” in ways that mirror spiritual discussions of “finding God,” and openly claim that yoga serves religious purposes within their lives. Origin narratives in yoga are seen as “proof” that modern postural yoga has spiritual roots, and a sign of authenticity for individuals trying to navigate a world of mass information.

What’s ironic is that while many may argue yoga is a 10,000 year old practice that has evolved over time to be the perfect solution and ailment to our modern conditions of high-stress insecure employment, postural yoga is a modern invention. It’s also ironic because yoga and other mindfulness practices have largely been used to prop up unsustainable practices of capitalism. The article by Purser and Loy on mcmindfulness is too good not to quote directly:

“Rather than applying mindfulness as a means to awaken individuals and organizations from the unwholesome roots of greed, ill will and delusion, it is usually being refashioned into a banal, therapeutic, self-help technique that can actually reinforce those roots… Up to now, the mindfulness movement has avoided any serious consideration of why stress is so pervasive in modern business institutions. Instead, corporations have jumped on the mindfulness bandwagon because it conveniently shifts the burden onto the individual employee: stress is framed as a personal problem, and mindfulness is offered as just the right medicine to help employees work more efficiently and calmly within toxic environments. Cloaked in an aura of care and humanity, mindfulness is refashioned into a safety valve, as a way to let off steam — a technique for coping with and adapting to the stresses and strains of corporate life… Mindfulness training has wide appeal because it has become a trendy method for subduing employee unrest, promoting a tacit acceptance of the status quo, and as an instrumental tool for keeping attention focused on institutional goals…Unfortunately, a more ethical and socially responsible view of mindfulness is now seen by many practitioners as a tangential concern, or as an unnecessary politicizing of one’s personal journey of self-transformation.”

In other words, as I’ve mentioned before yoga and other practices of mindfulness are often co-opted by corporate interests to avoid actually solving systemic problems. While mindfulness practices can help people learn to cope with the chronic stress and trauma in their lives, learning how to cope doesn’t eliminate or solve the real problem: that chronic stress or trauma has become normalized as a way of life in America. Simply teaching people to “cope” with problems caused by structural failure acts like a stop-gap measure, mitigating the effects of much larger problems that can only be solved by structural change and activism. Yet as the above quote notes, when some people try to promote a more socially responsible viewpoint most practitioners (who often are coming from a place of privilege) are quick to play the “authentic yoga is about non-judgement” card, implying that drawing attention to systemic problems is unnecessarily politicizing what mindfulness practices “should” be about. Such disturbing arguments are often based on fictional ideas of the origin of yoga: origin myths.

What are the implications of the true history of yoga for our practice? Does it mean modern yoga is “inauthentic?”

The most important implications of the true history of yoga for our practice is the realization that yoga has never been just one definitive thing. Yoga has always been multiple and various, and has undergone a very drastic and complex evolution over time. What yoga is has changed at different moments in history for different groups to meet their needs and desires at that social and historical moment in time. So acknowledging that yoga is in fact a modern invention doesn’t make the meaning we get from the practice is any less real or authentic. Authenticity is socially constructed, so the fact that origin narratives widespread in the field now are myths doesn’t make postural yoga “inauthentic.” It makes it the latest evolution in a very long and complex process of cultural diffusion, innovation, and (admitably) appropriation. Acknowledging that the history of yoga is a history of evolution means that we should be able to consciously, purposely mold yoga to be what it needs to be for our group(s), at this time, to meet our needs and desires.

For example, if we admit yoga is a modern invention, then why not admit that some of the myths we’ve been adhering to might not be serving all yogis, or meeting all our needs and desires? Why not consciously change yoga to be more accessible and welcoming for all people and groups? Accepting and being actively involved in the evolution of yoga means we could adjust our asana practice to include more biomechanics and movement patterns rather than relying on “yoga speak” that tries to sound “authentically” ancient and wise but actually has no basis in science, or ancient yogic practices. Or maybe we and could begin to use yoga as a force for social change to combat structural problems. You get the idea? Abandoning yoga origin myths creates the possibility to consciously change yoga for the better since we are no longer locked in to ideas of what yoga should be, and frankly striving to improve yoga is a very yogic goal to have. I think the yoga world is ready to adopt a more accurate origin narrative for yoga, and that doing so could ultimately change yoga into something better, more powerful, more meaningful, and more relevant to our needs and desires.

2 thoughts on “The Origins of Yoga: Part IV”